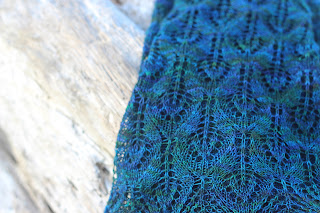 I figure I've got a shot.

In fact, I think I've got a better shot than most.  Here's how I see it breaking down.

First of all, the world's population is roughly 50.25% male.  I doubt I have to explain to you the probabilities of someone lacking the Y chromosome getting the job.

Second, roughly 26% of the world is under the age 15.  That simply isn't going to happen.  If nothing else, consider the vocabulary of that demographic.  Can you really see someone wearing the mitre who uses "like" or "dude" in every sentence?  I didn't think so.

Third, almost 8% of the world population is already at retirement age.  Now sure, this job isn't one that exactly requires youthful vigor - but the last guy just retired for reasons of old age.  He took the job at the spry age of 78 - you'd like to think that the college has learned its lesson. 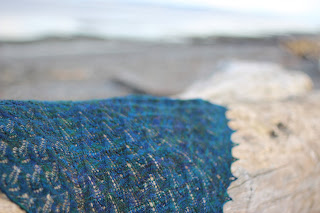 Fourth, consider the ugly fact of race.  The reality is that there hasn't been a guy in the job yet (possibly excluding the first few) who wasn't -ahem - pale of complexion.  Now I know what you're saying.  You can flip a coin 49 times in a row and come up heads, but the odds of heads on the 50th toss are still 50/50.  And you're right.  But this isn't a coin flip.  There are people and their prejudices involved in this decision - and if I had to handicap the race I'd suggest that the roughly 66% of the world population that is of Asian descent is at a decided disadvantage for this particular position.  Not that they're not qualified.  Many of them are.  In fact, many are far more qualified than me.  But the likelihood of that college electing an Asian dude? Pretty slim.

So add it up.  Take the folks with the right plumbing, exclude the young guys, the old guys, and all the Asian guys, and what are you left with?  Of the original 7 billion or so, you're down to 700 million and change.  In other words, we just eliminated 90% of the potential applicants.  I'm in the top 10%.

Now it is true, that there are some problems.  First, I'm not actually Catholic.  But I did briefly attend Catholic school in the 7th grade - before the incident, that is.  And I've matriculated from not just one but two Jesuit universities.  So that's got to be good for something. 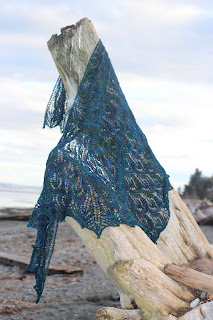 And, it should be noted that just because I'm married and have children doesn't necessarily mean I've got no shot.  After all, I wouldn't be the first guy to hold the job with those particular traits.

In fact, let's just lay the cards on the table.  My not being Catholic (and being married with kids) might actually be a positive.  Bring some fresh thinking to the position, and all that.  Nothing radical - maybe just a redesign of the vestments, banjo music during the mass, fresh coat of paint on the company car.  You know, stuff like that...

Well, on the off chance that I am elected, I'm pleased to announce that I've got the time for the job.  I've just finished the commitment made last fall to do four items for a charity auction.  This last piece is Gwendolyn, by Stefanie Bold.  I've done it in a Madelinetosh lace weight.  This one is going to KJ, the mother of a good friend.

For the photos, we were pleased to get a sunny day.  This time of the year, that's got to be some kind of omen. 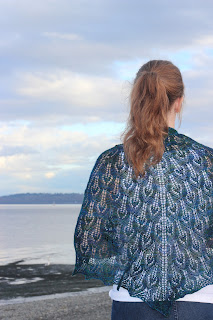