In my line of work I am occasionally heard to opine that "past performance may not be indicative of future results."  But in one particular context, past performance will almost certainly prove accurate:

The TSMK-family Christmas tree will come down this week.

Once the presents are unwrapped, the tree serves only as a mechanism to help perfect your needle-sweeping technique.  And from that point on it is dead tree walking.

I'm sad to see Christmas pass, but at the same time pleased as it means that my Christmas knitting is officially complete.  And even though I have one project left on the needles, I'm feeling good about my productivity.  The total isn't too bad.  For this year, I made: 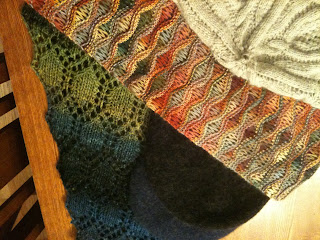 *I'm at the heel of the first sock of the second pair.

All told, 11.25 gifts knitted in time for Christmas.

In the days ahead, I'll be posting some photos and brief descriptions of most of the items.  In the meantime - here is a pic of the pile of a few of them before we mailed them out. 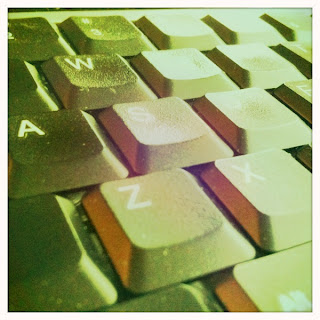 We are just getting acquainted, you and I. And I fear that you know me far better than I know you. Perhaps you disagree.
Even so, there are a few words I would say. Wishes for you that I might share. It is presumptive, I know. But since it is the holiday season, perhaps you’ll indulge me.

May you know that you are cherished.
May you learn to see the beauty in the world that surrounds you.
May you find joy in stillness.
May your eyes remain open to wonder.


May you always remember the warmth of a loving embrace.

May you elude the clutches of cynicism.

May you find awareness within yourself.

This week, I received something of an early Christmas present. And I have to say, I think it is pretty cool. 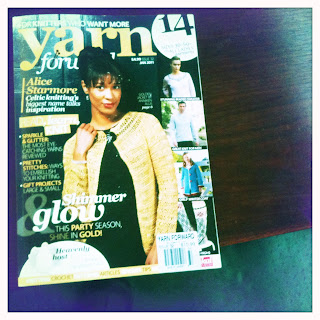 You see, a few months ago, the good folks at Yarn Forward magazine contacted me, and asked whether I would object to their mentioning this blog in their monthly “Websites we Love” feature. I was quite flattered, and gave my permission.
But, truth be told, I always assumed that they would come to their senses, and realize that to include this journal in their magazine, they would probably need to start running a new segment. Something like “Websites we Tolerate” or perhaps “Websites we wish we hadn’t accidentally stumbled across while running a Google search for Billy Gibbons’ Hat.” In any event, I never really thought they would run the spot.
Still, hope springs eternal. And this week while leafing through their January edition, that hope paid off. For there, plain as day, in the bottom right hand corner of page eighteen, was a very familiar sight. 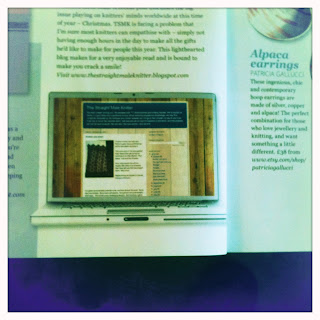 I have mixed feelings about all this. First, it is incredibly flattering to get this kind of recognition. Second, Groucho Marx is claimed to have said “I don’t care to belong to a club that accepts people like me as members.” I understand that sentiment – and on that basis I am beginning to question the judgment of the Yarn Forward editorial staff.


But, nevertheless, Thank you, Yarn Forward, for giving me this very nice Christmas gift.

And thank you also for making famous the object shown in the screen shot. It was a Christmas gift to my assistant and good friend, YR. The pattern is from one of my favorite books: Knitted Lace of Estonia. Her scarf is done in hand-painted alpaca, with beads in place of the dreaded nupps called for by the pattern. It came out nicely, and I’m pleased to say she wore it to the office yesterday. It looked lovely on her and I hope it brings her lots of pleasure.

And, since I've been playing with the "Hipstamatic" app on my phone - here is a Hipstamatic photo of YR's scarf the morning I gave it to her. 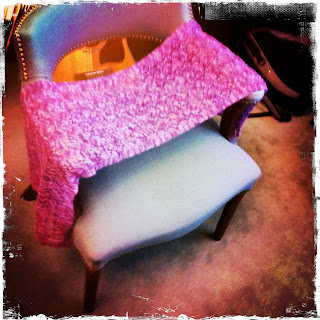 And a completely gratuitous self portrait of the author in his native habitat and costume. That's just about it before Christmas.  I've completed all the items I'm likely to complete before Saturday morning.  Unfortunately, that means I only finished one of the two pairs of socks for Mrs. TSMK.  But I'll finish the second pair shortly after the holidays. 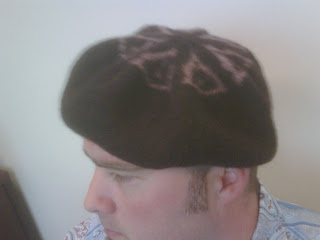 Also on the needles at the moment is a hat - this time for me.  I recently ran across a fellow in town who needed some help.  When I told him I didn't have any cash on me, he asked about my hat.  The guy was standing without a hat in the standard Seattle drizzle, and I just didn't feel good about turning him down.  So if you see a guy wearing my his Tam-beret around town - give the guy a quarter or two.  I think he could probably use the help.  And stay tuned for a pic of my new hat - which should be ready shortly after the holidays as well.

It isn’t easy being a tastemaker.

In fact, there is quite a bit of pressure involved. What if you make a mistake? What if, in a fit of je ne sais crap you commit a horrible lapse in judgment. The next thing you know, people all over the world might find themselves sporting plaid lederhosen.

And so, I take very seriously my responsibilities as a man whose every move may radically influence men’s interests, fashion and yarn selection.

With that said, I’ve had more than a few people ask me: “TSMK, what would a man like yourself, a man who has everything and wants for nothing, like to receive for Christmas?”

Well, I’ll tell you. But if you follow these suggestions and purchase similar gifts for the man (or men) in your life, well I simply can’t be held responsible.
First, I confess that lately I’ve continued to long for a pair of pants like those worn by the Norwegian curling team at the past winter Olympics. Such pants are available at Loudmouth Golf. In fact, you can even get a matching blazer. Think of the possibilities. 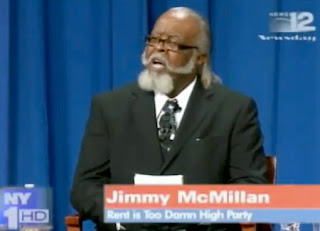 Second, moustache wax. Yeah. I know. I said it. But ever since the New York Gubernatorial debate, I’ve been thinking way too much about the possibilities of truly exceptional facial hair. That, and the fact that the rent is too damn high.

Third, I’ve been mulling over the idea of a computer program to help design knitted items. I know such programs exist, but I’ve never tried one out. It would be very cool to be able to propose a pattern and see a computer-generated model of how it might look when knit.

Fourth, a sitar. There’s been a fair amount of Indian music running through my headphones lately. It is obviously putting bad ideas into my head. 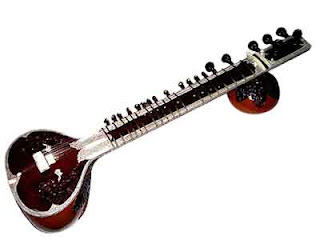 Last, a bloodhound puppy. I saw one a few weeks ago, and haven’t been able to get the image of those ears and that wrinkled face out of my head.

So there you have it. What to get for the man who has everything. But, a word to the wise. Don’t get any individual man all of these items. You wouldn’t really want to see a guy in an harlequin suit with a handlebar mustache, wearing an intricately knitted sweater while playing the sitar and accompanied by the howls of a bloodhound. Would you?