Think of the Children

Lately, when I'm not practicing law, knitting, learning the bagpipes, or some other foolishness, chances are pretty good that you'll find me at a local charitable organization. I serve on the Board of Directors of KidsUp!. We are a 501(c)(3) nonprofit that built and maintains a large playground, and operates an indoor play area as well. We opened the indoor play space last fall, and all of us who are volunteering our time have been working tirelessly (although not entirely without complaint) to make it a success. 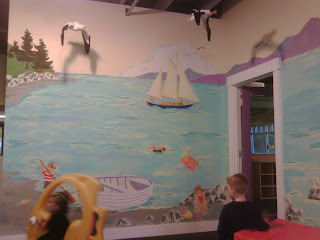 Since it rains here about nine months out of the year, having a large indoor place for kids is a great hook to get people in the door. But it is only the hook. Our real mission has less to do with play than with building community. The Pacific Northwest is a great place to live, but can be very isolating. I recall feeling very lonely the first few months after Mrs. TSMK and I welcomed our oldest child. He was born in a very dark fall, with dim shadows and sideways mist. Like most in our community, our house is at the end of a long dark street, with no streetlights and a canopy of swaying Douglas Fir.


Shortly after our son's birth, Mrs. TSMK entered a period of relatively significant post-partum depression. Her spirits were further dampened by the fact that we were not yet accustomed to the local winters. Luckily, she fell in among a group of other moms in our community who met regularly at a Parent Child Center. With the mentoring of experienced moms, she was able to shake off her blues without too much discomfort. 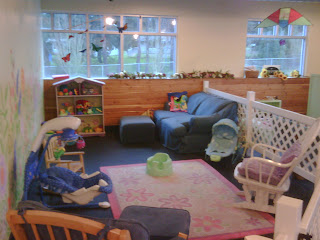 Then, the Parent Child Center closed. It was a victim of declining charitable donations, and the organization that ran the space decided (understandably) to refocus their efforts and resources on their core mission of helping those in need and operating our local food bank. 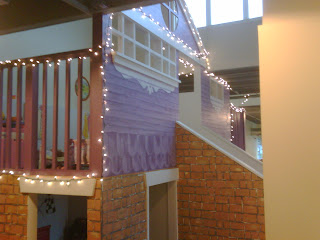 That's when KidsUp! stepped in. After a number of dead ends in terms of finding a space for the new facility, we secured a lease for a large open space - the former site of a health club. We filled it with toys. We painted beautiful murals on the walls. We built a playhouse.

And most importantly, we re-introduced to our community a resource for parents. Our few paid staff are professionals with experience in pediatrics, counseling and social work. We offer a lending library and parent coaches. Kids come in and play in a safe (and dry) place, and their parents can have a cup of coffee, chat with other adults and, if desired, receive parenting support.


Like most nonprofits, we teeter constantly on the edge of failure. But we are starting to level out. We have a steady group of regular parents and are starting to build a larger base of volunteers. Now, we just have to keep the thing afloat.


Our biggest fundraiser of the year is our annual Parent Fair. This year, it is on February 6. As part of the event, we will have a silent auction. Most of the items on auction have been donated by members of our community. All of us on the Board are baking items to be included in the bake sale. And I, not surprisingly, decided to knit something. 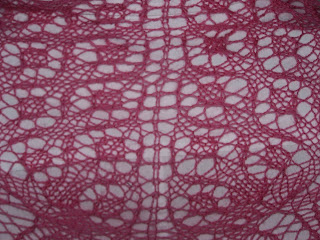 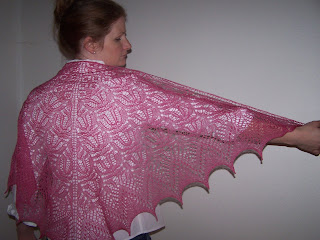 My donation for the auction is this lace shawl. It is knitted from two-ply laceweight merino wool - about 625 yards of it. I started it on January 1, and finished the blocking las 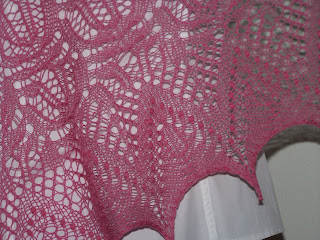 t night. I think it came out nicely. I purposefully knitted it in this bright pink hue because I wanted to be sure we didn't buy it twice. 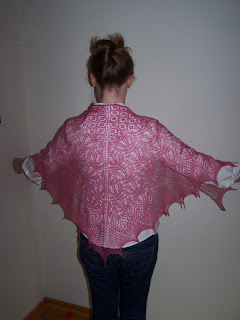 It is an interesting project, in that you start in the middle of the straight edge, and essentially knit semi-circles outward. Like a lot of lace it isn't until you block it that you are able to actually appreciate the pattern.

With the Christmas season officially over (Mrs. TSMK - a/k/a Mrs. Grinch -has now removed all our holiday decorations) I will shortly begin posting about holiday gifts given this year. In the meantime, a few teaser photos (with more and better photos to come). 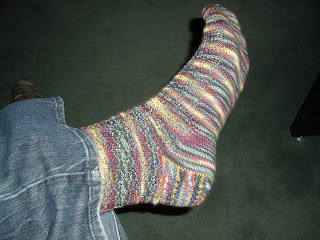 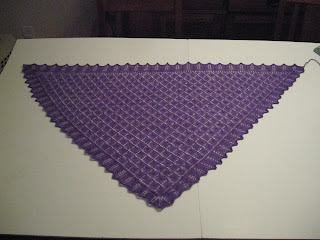 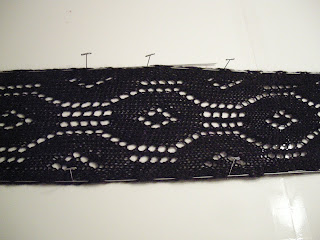